Our independent customisable tours are undertaken in private, modern and comfortable vehicles with one of our experienced professional drivers. 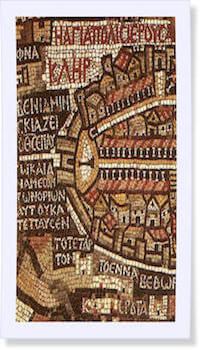 Prices start from as low as $30 USD ONLY!

Most famous for its well preserved Byzantine mosaics, this small and peaceful city is brimming with culture and history. We begin with the Madaba Institute for Mosaic Art & Restoration (MIMAR), a non-profit establishment that is solely dedicated to the restoration and creation of the ancient art of mosaic making. We then stroll down Artisan Street, pondering the local handicrafts before we visit the Archaeological Park and the Church of St George, which boast incredible mosaics, including the oldest map of Jerusalem dating back to the 6th century. Stop for a traditional bite to eat in Madaba’s very first restaurant before we head to the Madaba Musuem. On the way we pass Tal Madaba, which is still being excavated and holds relics from the Iron Age. After the museum, we wander south to John the Baptist Church, which sits above a series of underground caves, which you are more than welcome to explore. A late 19th century building from the Ottoman era is your next stop, which has quite an interesting tale. Your tour ends at the Madaba Mosque—an extraordinary example of Ottoman architecture, but not before viewing the exceptional local art displays in the Madaba Art Gallery.

Travel Jordan Agency provides travel arrangements of the highest calibre in one of the world's most fascinating countries, Jordan. Read more about your local agent.